Below: the absolute extremes of population density, what Africa will look like in 2100, the 33 U.S. cities that equal one Tokyo, and other graphics and maps relating to population. 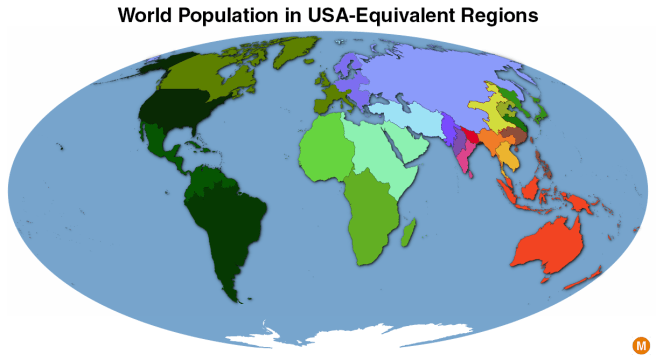 This map shows the world broken down into 22 regions, each with about the same population as the United States (give or take about 10%). There are many ways of looking at the world’s population distribution. Other population maps posted...
Read More