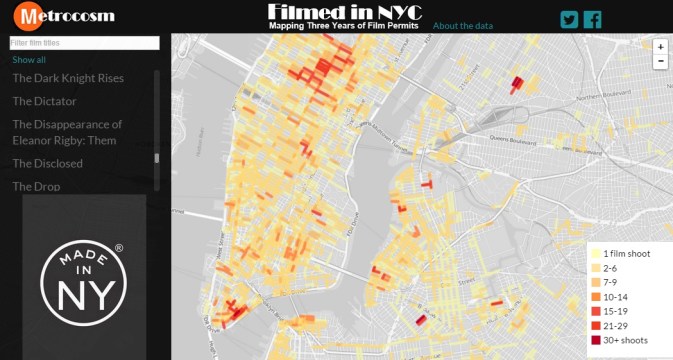 Based on film permit data from the Mayor’s Office of Film, Theatre, and Broadcasting, this map displays the filming locations of all movie scenes, 17,241 in total, filmed between 2011 and 2013 (excluding those that were filmed in parks or on private property).

Breaking it down by neighborhood, here are the top five most filmed areas:

Looking at the map, a few of densest areas immediately jump out. 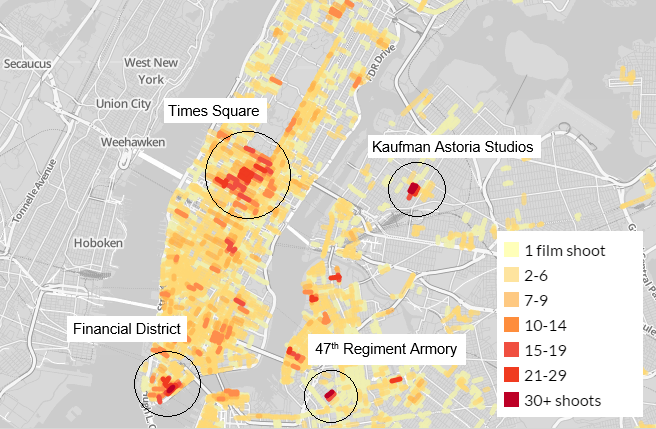 Perhaps the most-filmed location in New York City aside from Central Park, Times Square is immediately recognizable as a backdrop to some of the biggest films from recent years. 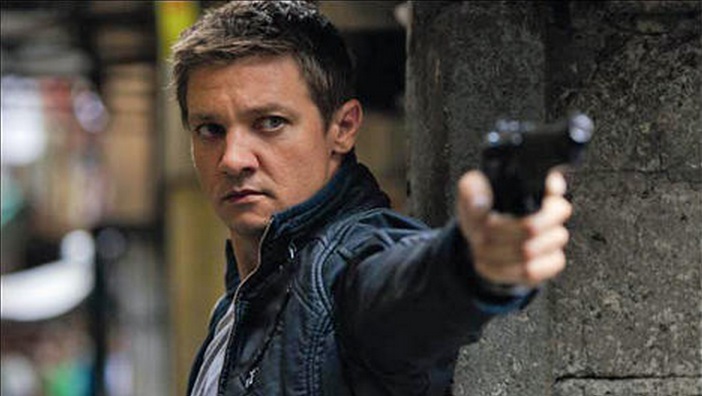 One of the largest film studios on the East Coast. Kaufman Astoria Studio’s recently opened backlot makes it the only film studio in New York with an outdoor stage facility.

Recent films include: The Bourne Legacy (pictured), The Secret Life of Walter Mitty, The Immigrant.

With iconic locations including Wall Street and Founder’s Hall as well as several quiet, old-fashioned-looking streets, the Financial District is one of New York’s most popular locations for film shoots. 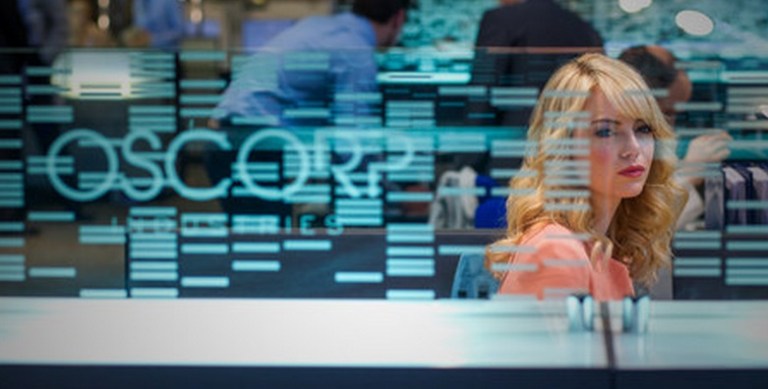 One of 22 remaining armories in New York City, the 47th Regiment Armory is one of the largest open indoor spaces in the City, making it an ideal location for the construction of large indoor movie sets.

Update: To see how these figures compare with San Francisco, have a look at the San Francisco film locations map.