Home » Geopolitics » Mapping Every Disputed Territory in the World

Some of the biggest geopolitical events in the world are centered around disputed territories, land whose sovereignty is claimed by more than one nation / occupying power.

At the other extreme, some territorial disputes involve land that would seem entirely worthless. The U.K., Iceland, and Denmark all assert ownership of Rockall Island, an 8,000 square foot rock in the middle of the North Atlantic, hundreds of miles from the nearest inhabited location.

From one extreme to the other, at least 124 countries (or “would-be” countries) are involved in a territorial dispute of some kind, involving, by my count, 105 separate territories.

6 of the most interesting / surprising / bizarre territorial disputes

Behind the conflicts are some strange and fascinating stories. Here are a few that caught my attention. 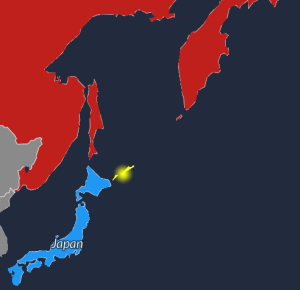 The Kurils are a string of islands stretching from the north of Japan to the southern tip of Russia‘s Kamchatka Peninsula. Because of a ongoing dispute over the islands’ sovereignty, Japan and Russia still haven’t signed a peace treaty to end World War II.

Prior to WWII, the situation was clear. Japan owned the four southern islands and the Soviet Union owned everything else. During the war, the Soviets invaded Japan, annexed the islands, and have controlled them ever since.

Because they have yet to settle their dispute over the Kuril Islands, Japan and Russia have not yet signed a WWII peace treaty, and are technically still at war.

Related fact: The U.S.S.R. didn’t actually declare war on Japan until August of 1945, a month before the Japanese surrender, and after the U.S. had already dropped the atomic bomb on Hiroshima.

Belize: Is there a Belize? 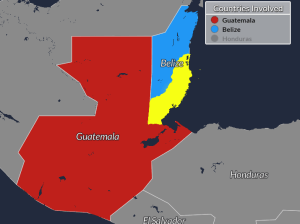 Since 1940, Guatemala has, in whole or in part, claimed sovereignty over its neighbor Belize.

The foundations of this territorial dispute date back to 1821, when Guatemala declared its independence from Spain. At the time, Spain (and Guatemala) considered Belize to be part of Guatemala. However, it was occupied and controlled by English settlers, so its status was unclear. 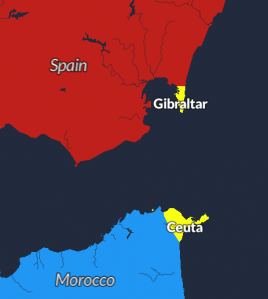 According to Spain, the two disputes are actually quite different. Whereas Gibraltar is administered by the Gibraltarians, and is not considered part of the U.K., Ceuta is and always has been “an integral part of Spain,” with elected representatives in the federal government.

Rockall Island: Why are three countries fighting over a tiny rock in the middle of the nowhere?

As mentioned at the top of the post, Rockall Island is an uninhabited rock in the middle of the North Atlantic, hundreds of miles from the nearest human settlement. The size of Rockall is only about 8,000 sq ft, roughly 10x the size of my tiny Manhattan apartment. Yet, the U.K., Iceland, and Denmark (Greenland) have been fighting over it for over 200 years.

And Rockall is not the only example of what would seem a pointless territorial dispute.

Canada and Denmark (Greenland) both claim sovereignty over Hans Island, a barren rock measuring only half a square mile in size, located near the northern boundaries of Canada and Greenland.

Colombia, Jamaica, Nicaragua, and the U.S. all assert ownership of Bajo Nuevo Bank, a tiny, uninhabited reef in the remote Western Caribbean, about 150 miles from the nearest permanently inhabited land feature.

Why are so many countries fighting over territory that would seem so worthless?

The answer has less to do with the territories themselves than it does with ocean resources. Based on the United Nations Law of the Sea, ownership of remote territories such as these allows countries to stake claim to the fishing, navigation lanes, and oil deposits in the surrounding area.

Arunachal Pradesh: Google Maps’ borders differ depending on who’s looking at them 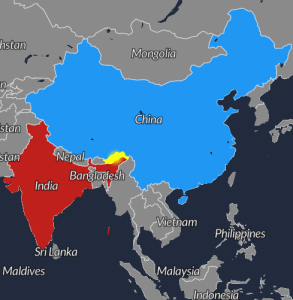 Arunachal Pradesh is internationally recognized as a state of India, and it has been since its borders were agreed to in the 1914 Simla Accord. China was among the countries in attendance, however it ultimately rejected the Accord. And to this day, China recognizes the region as South Tibet, part of its own territory.

I include this dispute not because the conflict itself is particularly novel, but because, as pointed out in this post from last year’s Knight-Mozilla-MIT hackday, it is an example of how the borders shown by Google Maps can differ depending on who’s looking at them.

China also requires that Google Maps apply a form of geographic encryption to its territory, causing everything in China to appear slightly offset from its true location. This strange Chinese coordinate system, known as GCJ-02 (sometimes called”Mars coordinates”), even causes some geographic features to disappear entirely from the map. Case in point, note the disappearing river in the image below.

The image below shows borders of Arunachal Pradesh according to Google Maps in China, India, and the U.S.A.

Read more about the strange relationship between China and Google Maps.

Bir Tawil: A territory claimed by nobody 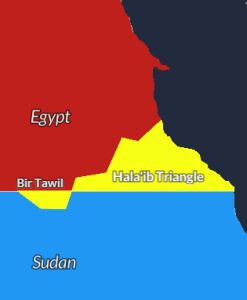 When Egypt and Sudan joined the British Empire in 1899, the British established a straight political border dividing the two countries. Three years later, in 1902, another group of Brits drew a separate administrative border, which more accurately reflected the use of the land by the local tribes.

The area between the two borders formed two separate regions: the Hala’ib Triangle, the larger region which runs along the border’s eastern edge, and Bir Tawil, the smaller region immediately to its west.

Viewed together, these claims lead to a peculiar outcome.  With both countries claiming that the other owns Bir Tawil, it is the only region in the world claimed by no one.

Last year, a 38-year-old American traveled to Bir Tawil and planted a flag, proclaiming the region The Kingdom of North Sudan. Since then, he has applied to the U.N. for observer entity status and launched an unsuccessful crowd-funding campaign to turn the region into a nation of scientists, dedicated to solving world hunger.

Credit to Kinja user Flaminio for pointing out this dispute

A World of Disputed Territories

To view more about these or any of the world’s 102 disputed territories, have a look at the interactive map: A World of Disputed Territories

Animated screenshot from the interactive map: A World of Disputed Territories