Click the map to stop and start the animation

Looking over the historical results of U.S. presidential elections, I keep coming back to the same conclusion: the political landscape we’ve been living in for the past few decades is really not normal.
The last time a third party won an electoral vote was in 1968. For the almost 200 years prior to that, 3-way elections occurred regularly, about once every five election cycles.

Here are the election maps laid out side-by-side. Notice how close the last six elections have been by historical standards. Hard to imagine how any candidate today could flip enough voters from the other party to have a victory like Reagan in 1984. 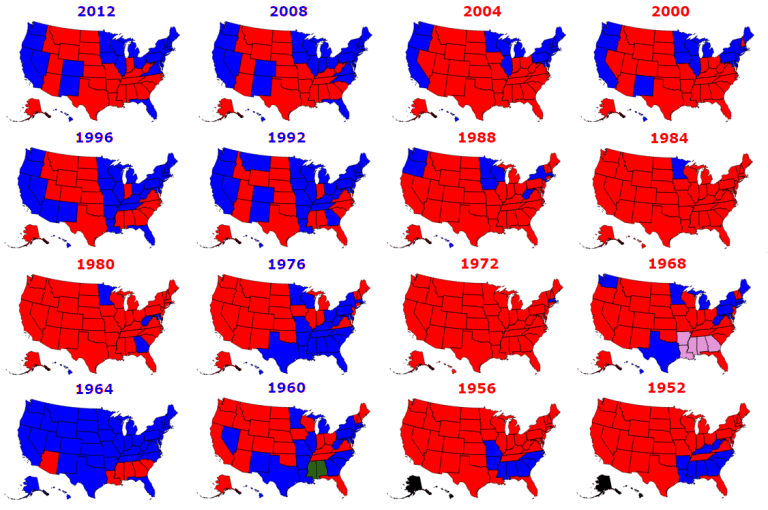 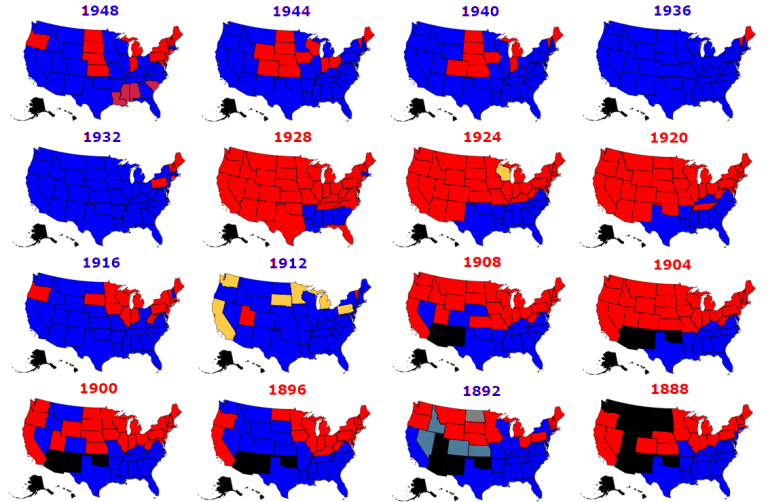 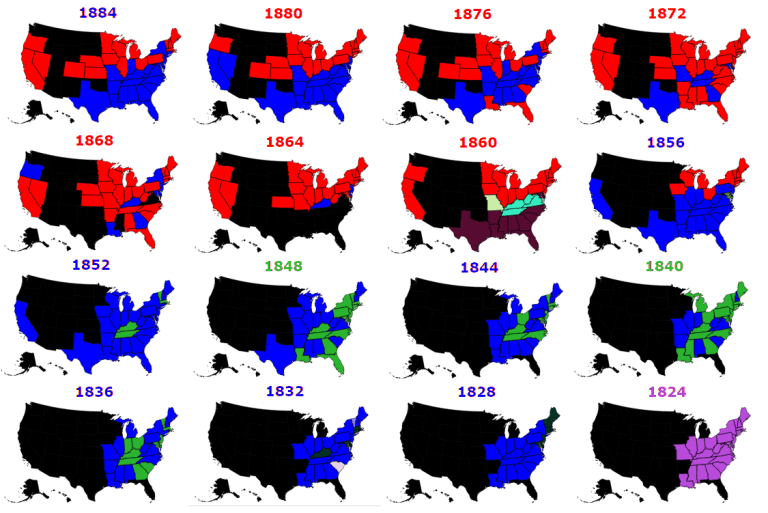 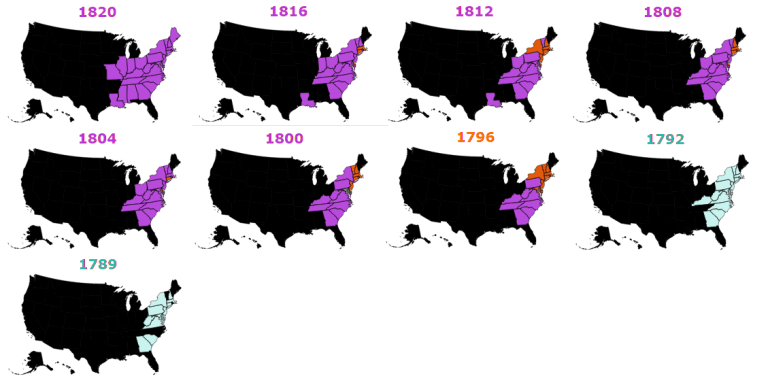 One of the clearest things that jumps out when you look at the maps is how recent the red state / blue state phenomenon is. As recently as Jimmy Carter’s win in 1976, the south went Democrat and the west voted Republican.

My favorite sequence, unimaginable today, is between 1956 and 1964 when almost every state flips parties, all the Democrats becoming Goldwater Republicans. Four years later in 1968, Nixon runs and everyone flips back. Finally, the whole country unites to reelect Nixon in 1972 (and to impeach him in 1974).

Historically, the bluest state in the country is Georgia. The reddest state is Vermont.

Georgia has voted Democrat 32 times vs Republican 9 times. Vermont has voted Republican 33 times vs Democrat 7 times, only 1 of which was before 1992.

Hover over the map to see how many times a state has voted for each party.

Election 2016 is off to an interesting start. Could a Trump / Sanders shakeup change the political landscape for the better? Or are they more likely to polarize the Country even more? 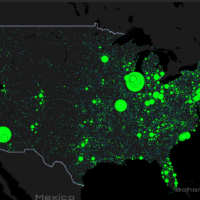