Home » Elections » Where Election Forecasts Got it Wrong

Donald Trump predicted this election would be “Brexit plus plus plus.” He was right.

Just 10 days ago, prediction markets showed Trump as a 10-to-1 underdog. His projected odds among election forecasters in the media were even lower… a lot lower.

For comparison, in the lead up to the Brexit vote, prediction markets had the odds of a “Leave” victory at about 25%.

The map above shows where each candidate outperformed election forecasts just prior to the vote (regardless of who ultimately won the state). Green states are those where Hillary Clinton received a larger share of the vote than expected. Likewise, purple states are where Trump’s share of the vote was larger than projected.

Admittedly, a few states have yet to be officially called. The results shown are those currently reported by Google (3:30 pm, the day after the election), and the final official tallies may vary.

The forecasts come from the FiveThirtyEight election model. Aside from having the best track record in past elections, FiveThirtyEight’s model has also been the most conservative in this election, consistently assigning Hillary Clinton a lower chance of winning than other forecasters.

Trump picked up votes everywhere it mattered, and just enough to win

On average, the state-by-state forecasts underestimated Trump’s share of the vote by about 4%. But more importantly, he picked up those extra votes in all the states that matter.

Clinton began the day as the favorite in all four of the most important swing states, those with the highest likelihood of deciding the election: Florida, Pennsylvania, Michigan, and North Carolina. Her projected margin of victory ranged from 1% to 5%. Ultimately, Trump swept all four of them, edging out Clinton by about 1% in each case. 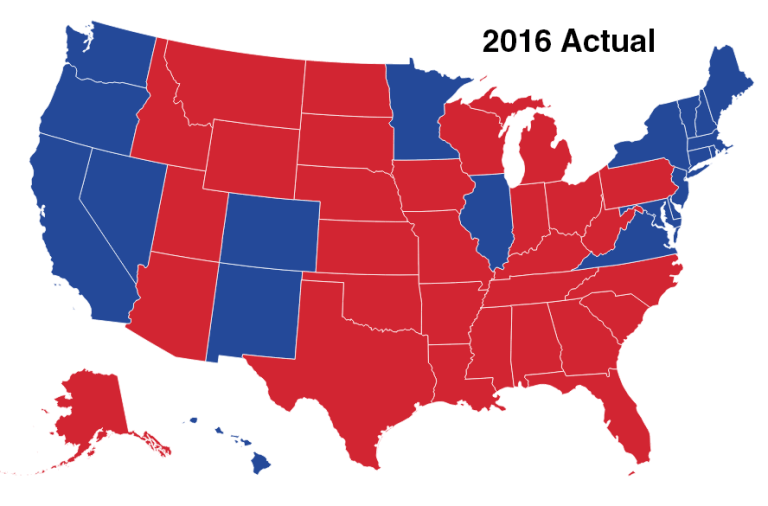 Whatever you think of Donald Trump, you have to give him credit. He pulled off an incredible victory against all odds. And he did with very little financial support. His campaign expenses amounted to about $250 million, compared to $600 million spent by Hillary this election, and nearly $1 billion spent by Obama in 2012. That makes him the first presidential candidate in 40 years to underspend his opponent and win.

Then again, neither candidate did a great job of bringing people out to vote. As of the latest count, about 26% of the voting age population voted for each of them.

The state-by-state results of every presidential election in U.S. history 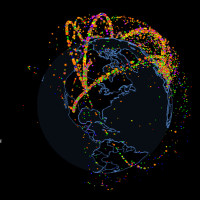