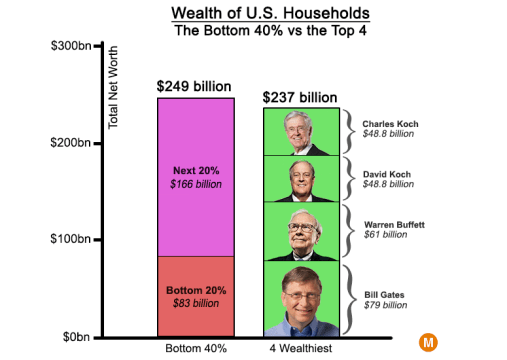 Typically, the discussion around U.S. economic inequality focuses on the growing disparity between incomes. However, another measure of inequality, one which may be a more useful measure, has gone largely overlooked, wealth inequality.

Below are a few charts to help put U.S. wealth inequality in context.

First, here is what the income inequality picture looks like.

Income inequality: the top 1% earn as much as the bottom 40% 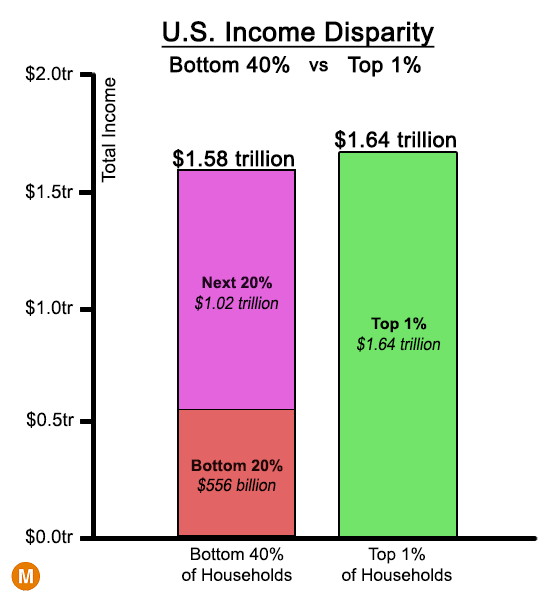 The top 1% of U.S. households earn as much annual income as the lowest-earning 40%. Pretty striking!

But is income really the best way of measuring economic inequality?

Here is a chart showing the extent of U.S. wealth inequality. For comparison, it is shown side-by-side with the income inequality chart from above.

Wealth inequality is over 100 times worse than income inequality 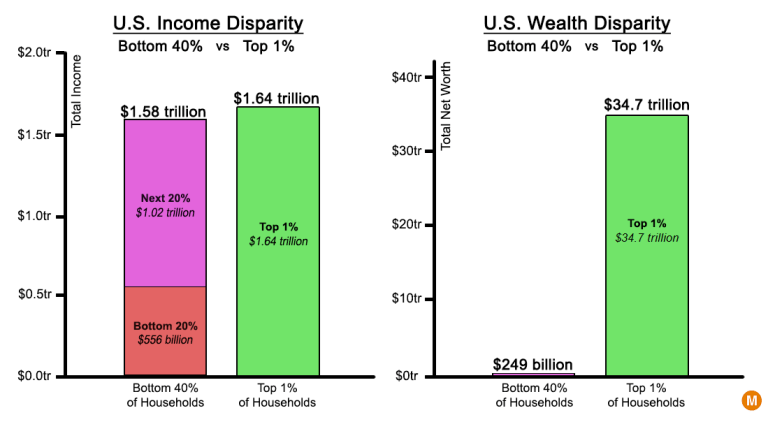 According to a 2014 report by the National Bureau of Economic Research, the wealthiest 1% of U.S. households own about 42% of the country’s wealth.

On the other side, the share of wealth owned by the bottom 40% of U.S. households amounts to just 0.3%.

Measured in these terms (bottom 40% vs top 1%), the U.S. wealth disparity is over 100 times bigger than the income disparity.

Here is one more chart that further illustrates the extent of America’s wealth inequality. 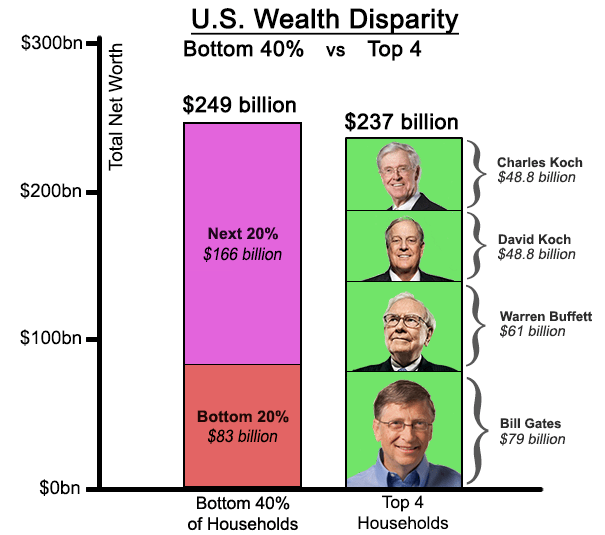 The bar on the left includes about 128 million people. Their combined net worth is matched by the wealth of only 4 U.S. billionaires, Bill Gates, Warren Buffett, and the Koch Brothers.

Edit: This post is not an indictment against the wealthy. In fact, there are few people I have more respect for than Bill Gates. The world would be a very different place if it weren’t for entrepreneurs like him. And on top of it, he is now using his money to help others.

These are just the facts, and everyone is free to decide whether they see this kind of inequality as OK or not.

Here are two contrasting views, both from people I greatly respect:

Regardless of your view, both posts are worth a read.